"Overgrowing the Government, one State at a time"

“WE ARE ANTI-PROHIBITIONISTS”! The United States Marijuana Party – is a motivated group of Americans who are tired of living in fear of their government because of marijuana prohibition. We are fed up with the intrusion into our personal lives, with urine testing at work and at school, with armed home invasions, and with the … END_OF_DOCUMENT_TOKEN_TO_BE_REPLACED

California is Fighting 50,000 New 5G Cell Towers Linked to Cancer Risk. Bills in THESE States Will Permit Their Installation in YOUR Backyard.  LINK Yelena | February 12, 2018 ===== Below is an article with information concerning the use of “5G” and its probable harm to the people for which it is considered to be … END_OF_DOCUMENT_TOKEN_TO_BE_REPLACED

After reaching out to Thorne Peters via letter about a month ago, I have since received letters back from him.  There have been ten Judges recuse themselves from the case so far, as reported by Ms. Linda Harrah on Facebook. On August 13th, the Memphis Flyer published that the Tennessee Court of Criminal Appeals upheld … END_OF_DOCUMENT_TOKEN_TO_BE_REPLACED

FOR IMMEDIATE RELEASE Monday, August 26, 2019 DEA Announces Steps Necessary to Improve Access to Marijuana Research The Drug Enforcement Administration today announced that it is moving forward to facilitate and expand scientific and medical research for marijuana in the United States. The DEA is providing notice of pending applications from entities applying to be … END_OF_DOCUMENT_TOKEN_TO_BE_REPLACED

This weedend (pun intended), “Where’s Wayward Bill” was attending the Washington State, Seattle Hempfest, now in it’s 28th year, originally began in 1991! Wayward has attended a number of these events in the past and has always made a great showing for the USMjParty. The USMjParty in coming up on it’s 17th Anniversary on November … END_OF_DOCUMENT_TOKEN_TO_BE_REPLACED

Above:  TKP Thorne Peters and Linda Harrah, 2012. The story starts here:  CHRONOLOGY OF CORRUPTION! For over a year now TKP Thorne Peters has been incarcerated in Shelby County Tennessee.  He was last arrested on what was to be his sentencing date for April 3rd, 2018, but ended up being a “failure to appear” charge, … END_OF_DOCUMENT_TOKEN_TO_BE_REPLACED

It was 2010 the last time that the USMjParty.Com had Forum’s on it’s website.  They attracted a lot of attention and there were many   people signed onto them.  Then Facebook and other social networking gradually took over and we let the forum’s go.  With the onslaught of social network censorship we felt that the time … END_OF_DOCUMENT_TOKEN_TO_BE_REPLACED

GENUINE U.S. MARIJUANA PARTY T-SHIRTS ! On April 20th, 2018 I received the following email from “Stripe”. “Thanks for using Stripe.While we hate to give you anything less than a great experience, it does seem that your business is in violation of the Stripe Services Agreement, section A.7.b (“Prohibited Businesses and Activities”). Specifically, we are … END_OF_DOCUMENT_TOKEN_TO_BE_REPLACED 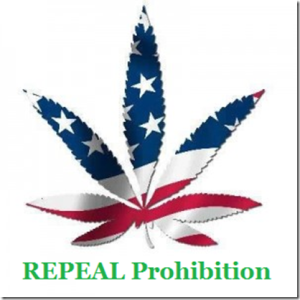 CONTENT DISCLAIMER: BE IT KNOWN that the U.S. Marijuana Party and ALL its accompanying sites are NOT intended to further the USE OF ANY KIND OF SO CALLED “DRUGS” or illegal activities! They are for OPINIONS OF THE WRITERS AND INFORMATIONAL PURPOSES ONLY and should be considered as that ONLY! NO ILLEGAL ACTIVITY TAKES PLACE ON ANY OF THESE SITES!
LINK TO DISCLAIMERS/FAIR USE